Carp is common in China and also the traditional Christmas meal in Poland, Germany and Czech Republic. Its a freshwater fish with clean taste. You can only find them in clean water, they don’t eat other fish and they are rich in protein.

The down-side to Carp is the scales and the bones; the bigger the fish, the bigger the bones and the scales are large compared to most fish so its probably better to fillet the fish removing the skin. The Hubz said it tasted like tissue paper (a bit dramatic me thinks but he finished it lol) however it absorbed the flavour of the sauce really well. The skin has its own taste which added flavour
Ingredient
Carp
Spring Onion
3 Scotch bonnet
Lemon Juice
1 seasoning cube
Olive oil.
Clean the fish by bringing out all the guts, cutting the fin and descaling. 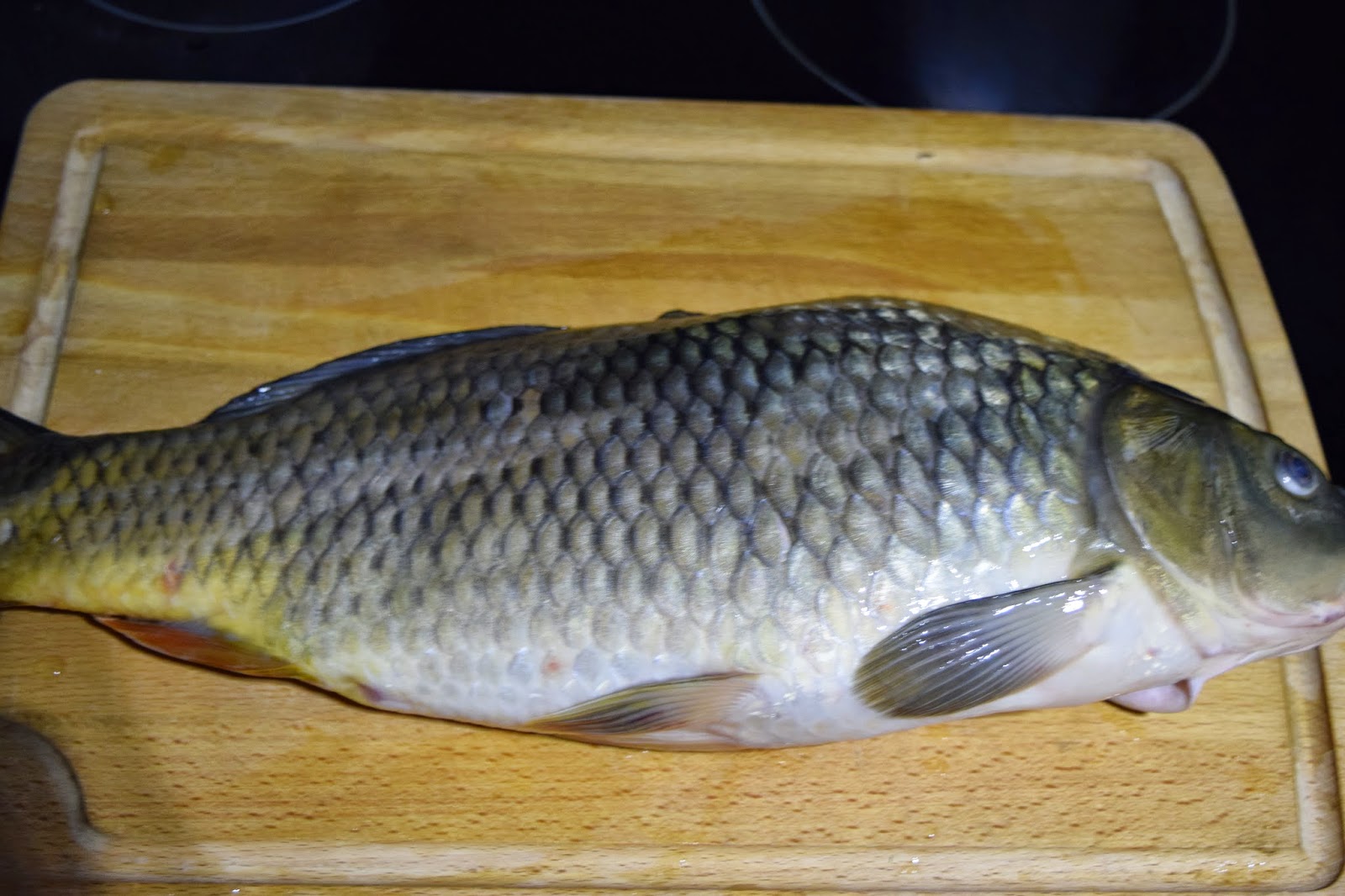 Rinse thoroughly to remove the slime from the fish.

Cut the spring onion and chillies, pour in a bowl add seasoning cubes, and olive oil then mix. 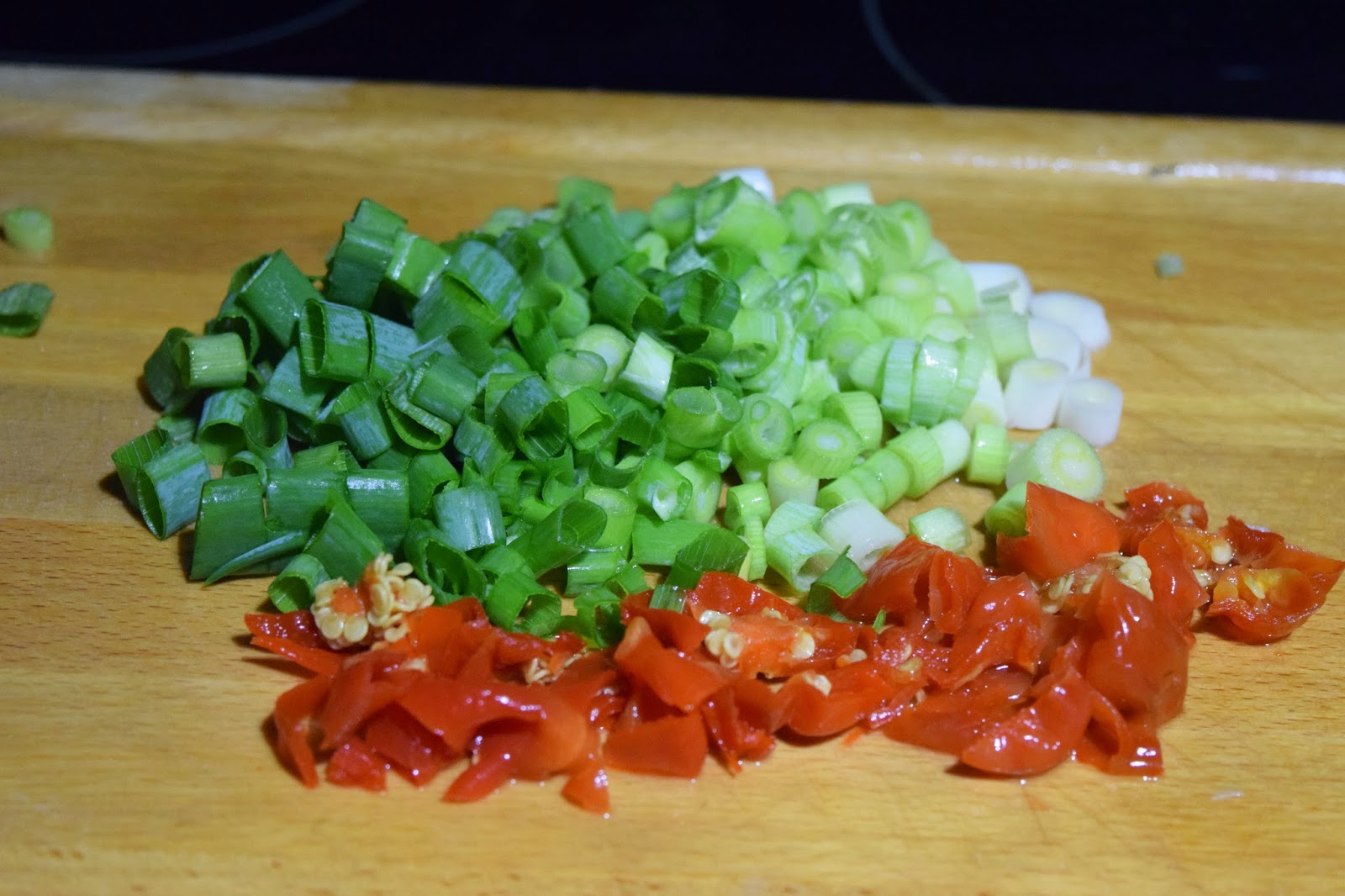 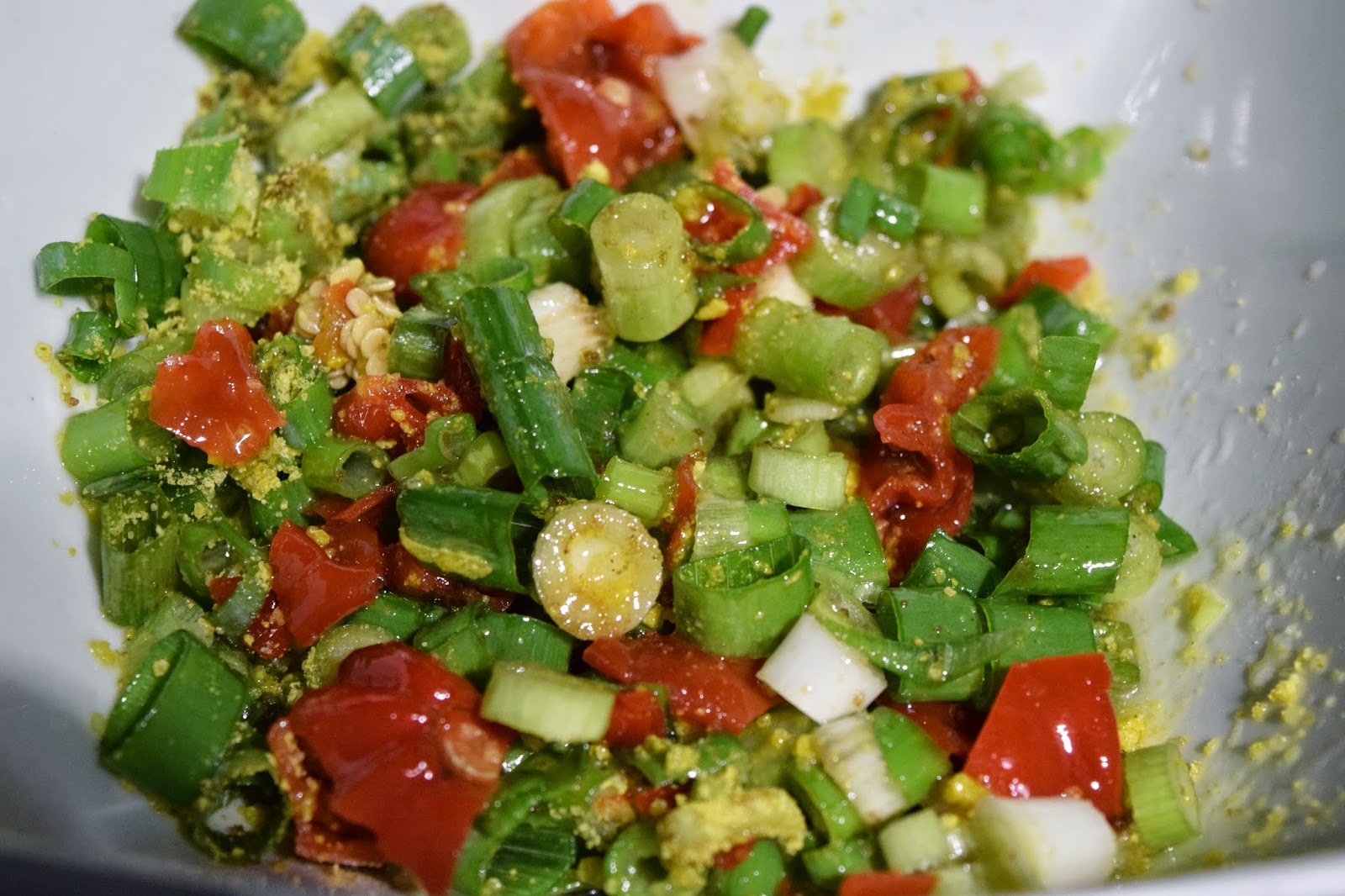 Rub the lemon juice all over the fish first then the seasoning mixture. 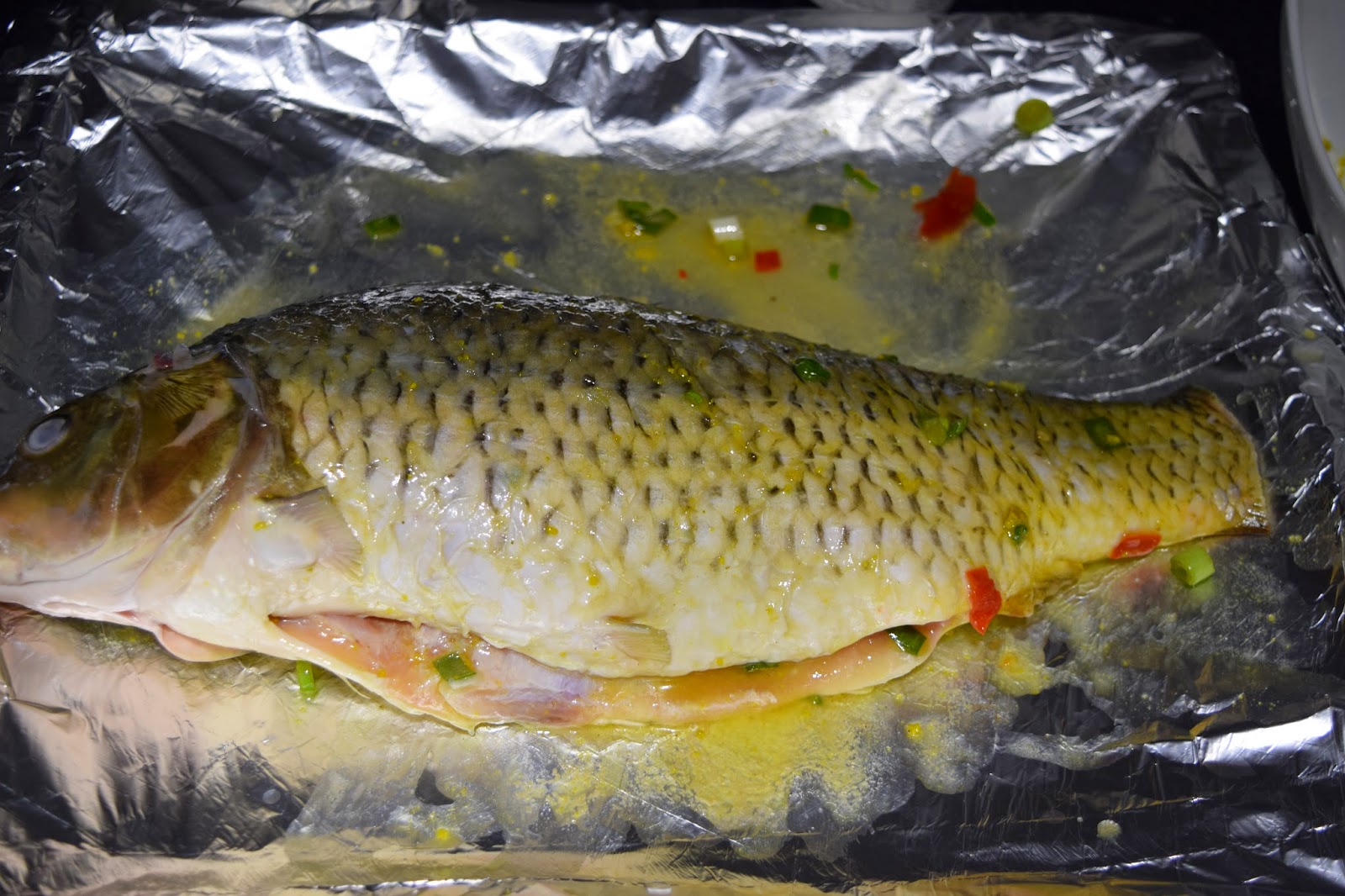 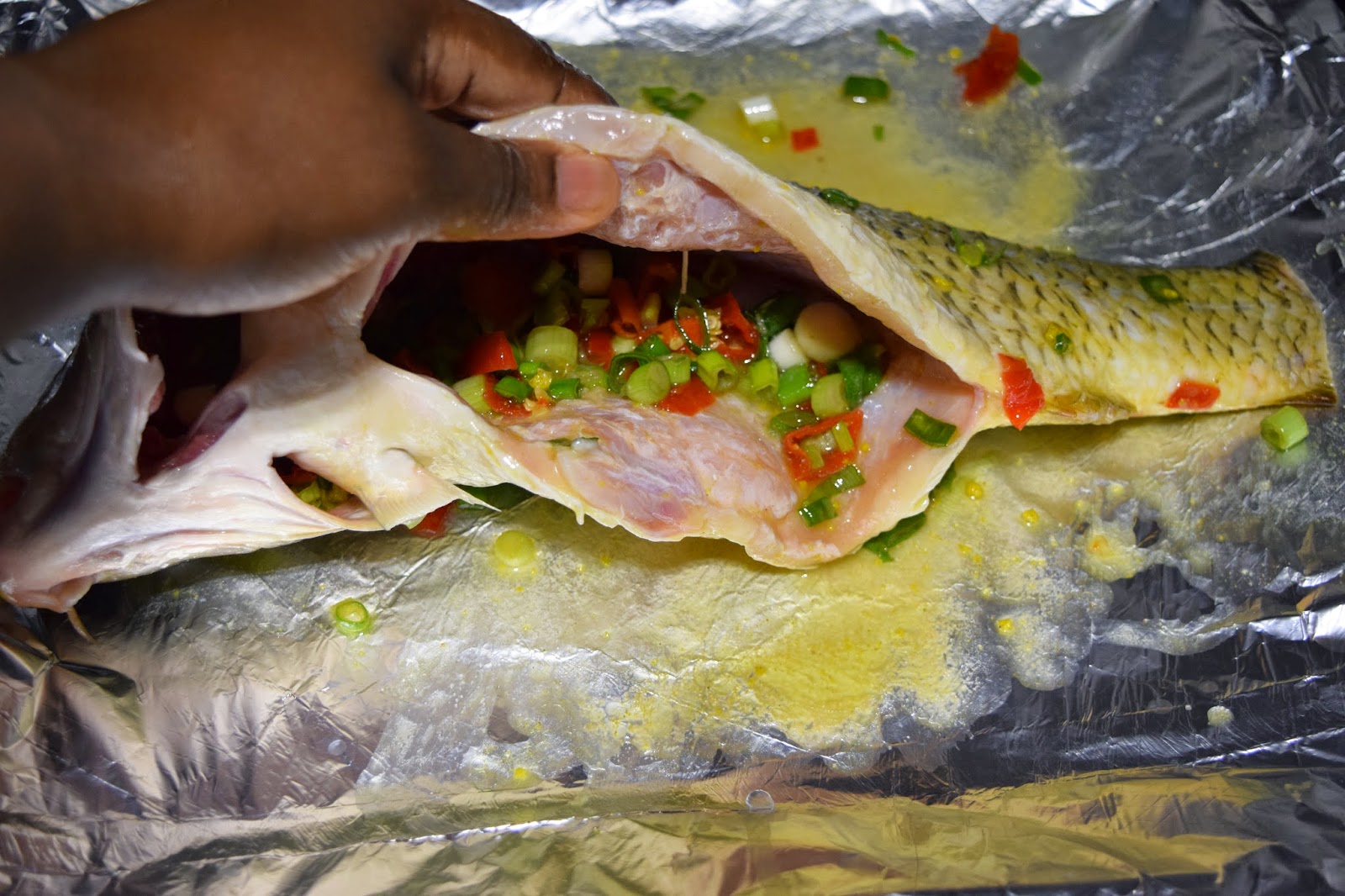 Leave for 15 to 20 minutes then put in the oven for 25 minutes on 200C.
Serve with rice, plantain or fried yam or spinach. 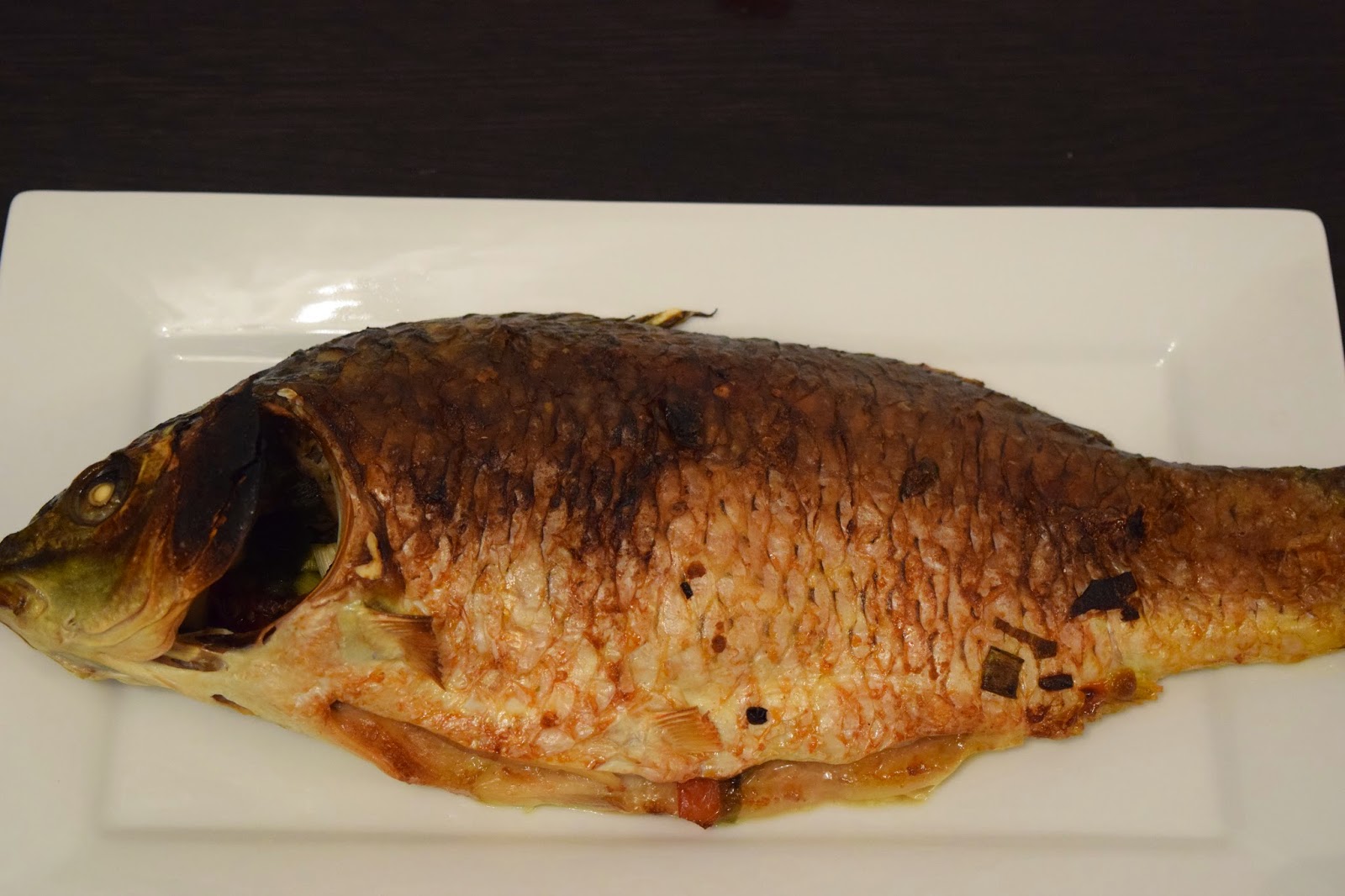 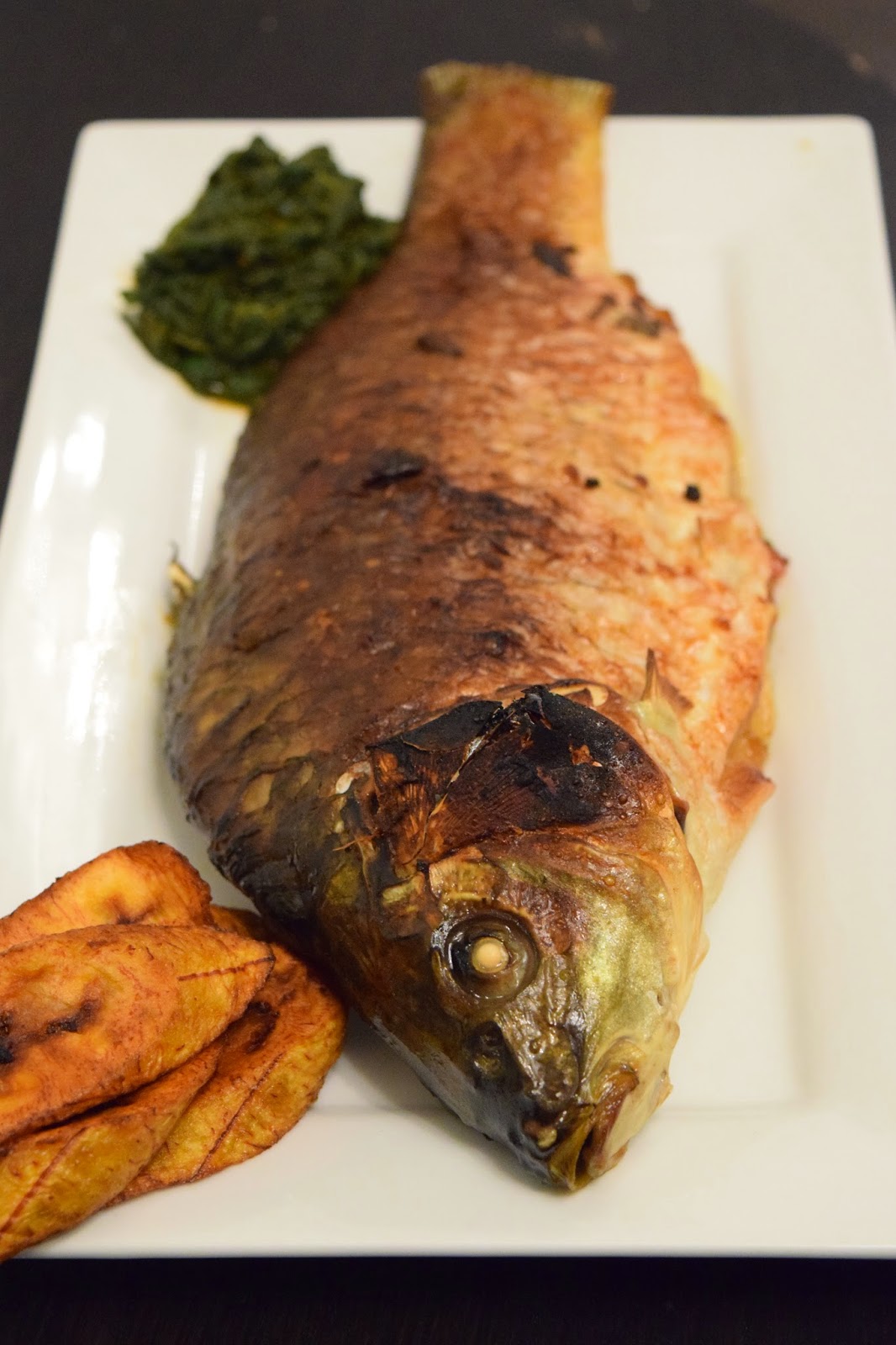 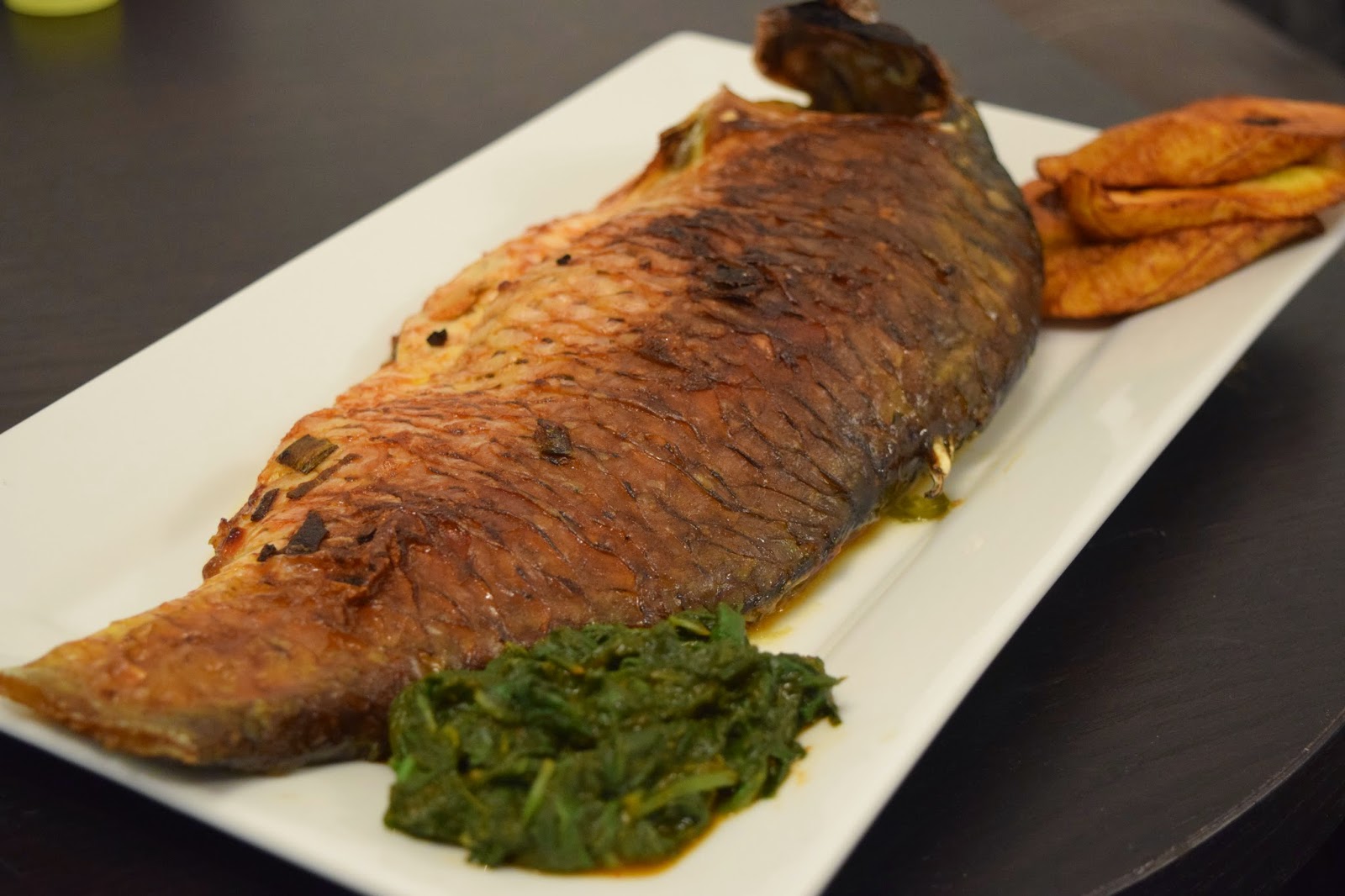 I actually liked the fact I tried something new and it came out well.